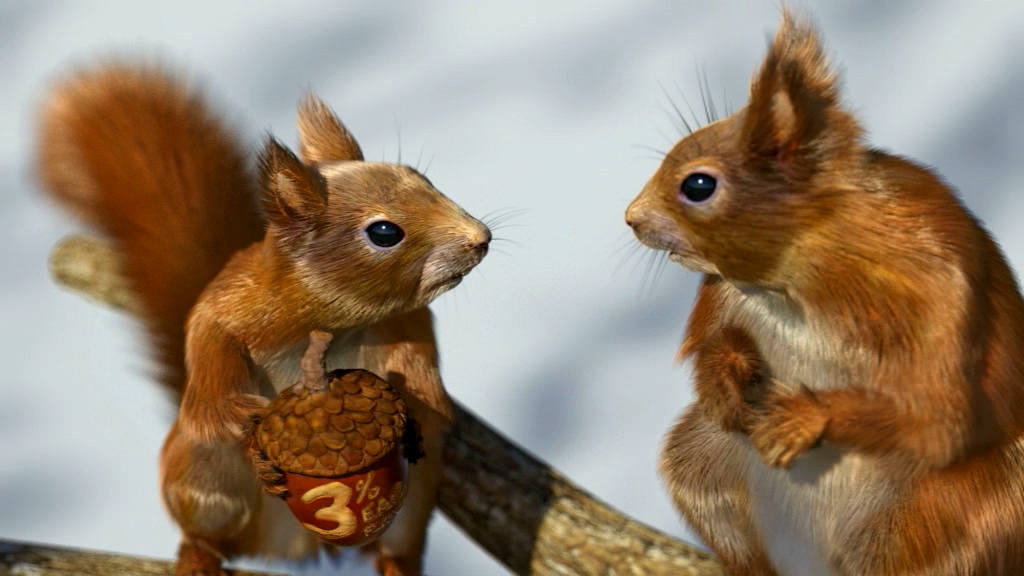 4 weeks, 2 squirrels, 400,000 hairs, 2 hours a frame, 750 frames. Not often that we get to bring the fur on an Irish TV spot. Starting with a digital scan of a squirrel, we added a sophisticated quadruped rig and custom muscle deformations followed by a generous application of digital Regaine which generated the basic fur. Only after carefully colouring and trimming the hair did we have anything that resembled a final squirrel. Natural history geek outs provided reference material for the animators who created the performances (and who have only recently lost a disturbing nose twitching affectation). All the 3D rendering was completed in time for the aggressive deadline with not a hair out of place. High res print files were also supplied.