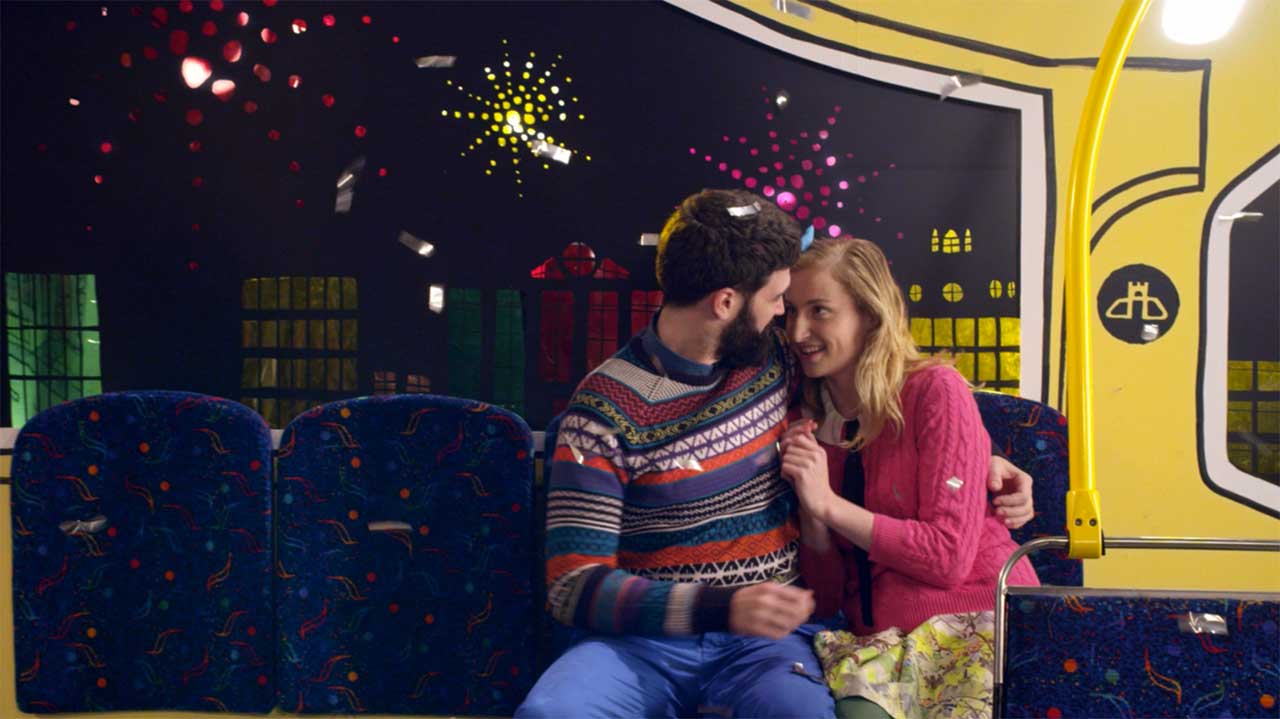 In this quirky National Transport Association ad for Irish International the ease of connections between various modes of public transport is shown as a theatrical play using charmingly handcrafted sets and complex mechanical choreography.
The 100% in-camera 30 seconds ‘one take wonder’ is testament to the intensive pre-vizing carried out to ensure all the elements came together at just the right time.