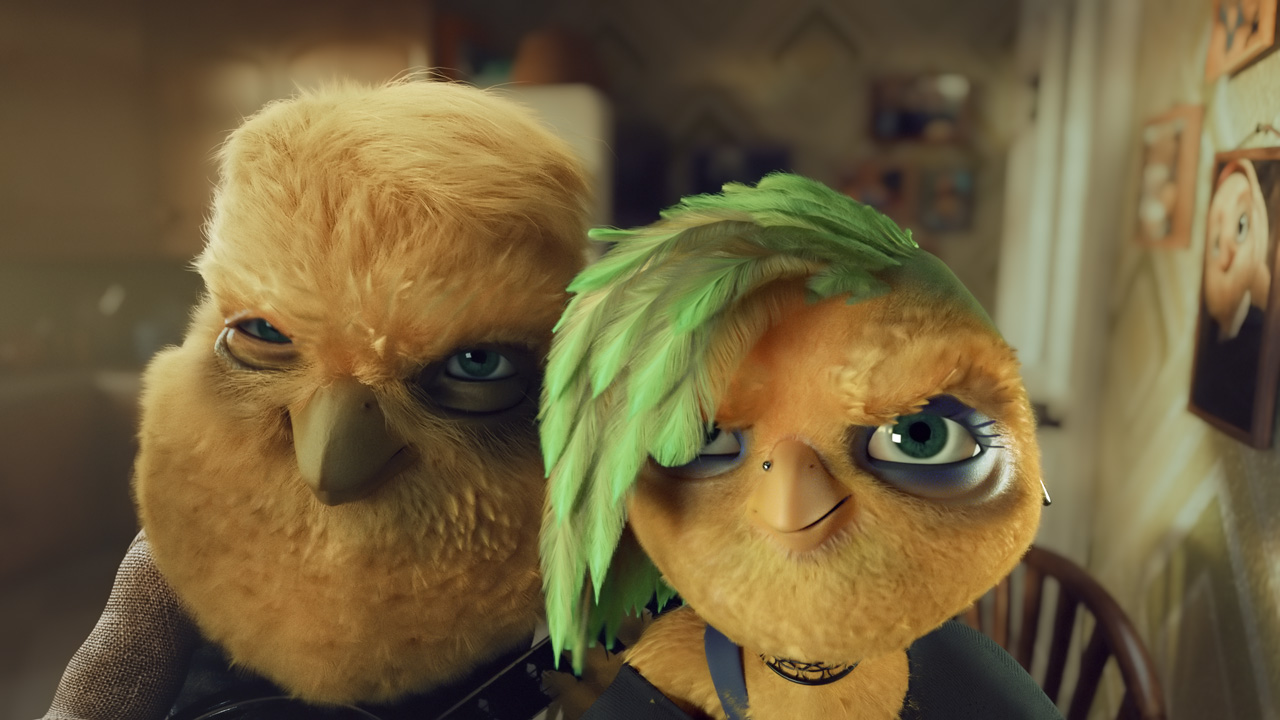 It was back in 2014 when gravel-voiced folk-singing Tommy McAnairey first appeared on our screens, bringing with him a banjo, a jet-black sense of humour and, crucially, an important message. Of the many digital creations forged here at Piranha Bar, Tommy is a character that’s always been a firm favourite – so we were delighted when the opportunity arose to dust off the old codger and bring him back to star in another spot for GNI, this time teaming up with agency Publicis Dublin.

For his latest outing we leave behind Tommy’s natural habitat of the old firelit pub and find him in the more domestic setting of his own home, his trusty banjo replaced by a mop, as he sets about tackling a list of ‘Poxy Chores’. And this time around Tommy’s not alone – he’s joined (begrudgingly!) by his teenage daughter Drimnagh who initially doesn’t share Tommy’s obvious enthusiasm for a good old trad session.

Bringing Tommy out of our digital vaults and giving him a facelift worthy of a 2021 comeback was no mean feat for the Piranha Bar team. A huge amount of effort was spent making sure his signature plumage had a full makeover, generating updated and more sophisticated groom and feather systems from scratch. This became even more complicated when it came to Tommy’s daughter who, after several rounds of concept and character designs, we decided should sport some brightly coloured emo feather-bangs.

The same attention to detail was given to the animation rigs which were completely overhauled. Tommy’s rendition of his latest ballad-cum-safety message sees him off the old bar stool and moving deftly around his own kitchen, so it was crucial we had a much greater range of motion from the characters, allowing them both deliver entertaining and convincing performances.

While the original spots had Tommy belt out a tune in the darker spotlit environs of the old pub, this outing demanded a different approach, showing Tommy in the moderately cosier twee surroundings of the McAnairey family kitchen. We designed our digital lighting and cinematography to reflect this, switching out cool stage spotlights for warmer sunbeams and creating a neat visual contrast with the previous campaign. Extensive leveraging of GPU rendering technology allowed us to bring added realism to the final images, incorporating realistically calculated interior bounce light, fully rendered in-camera depth of field and volumetric atmospherics.

The message is a serious one, and it’s our hope that the character’s performance coupled with the lively and energetic execution generate the engagement it deserves.