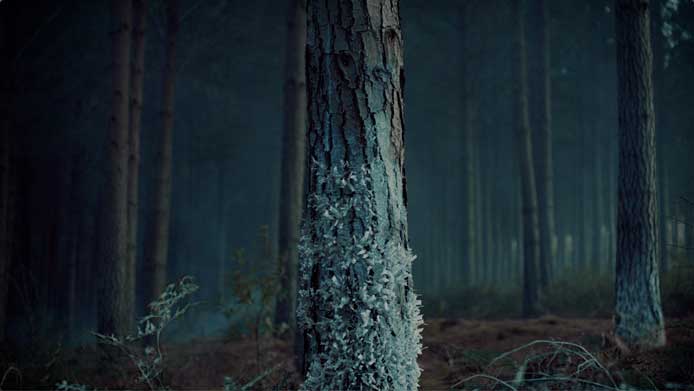 A very giddy Piranha Bar has entered the Game of Thrones universe for the first time with BBDO Dublin and HBO on a teaser spot for the official Studio Tour in Northern Ireland. Despite the impressive professionalism and composure we wielded on the ambitious VFX spot, deep down we were having geek meltdowns. Ravens! Moody landscapes! Supernatural forces! The Westeros stans in our studio were turning up early for work as Piranha Bar worked with Kirk and Dillon to craft an atmospheric piece which brings A Song Of Fire and (mostly) Ice to Ireland.

In the 30 second spot, a sinister icy force subsumes northern landscapes cheered on by a malevolent raven who leads the frozen fun to the Studio Tour building in Banbridge. Director Gavin Kelly sourced spectacular landscapes and threaded them together with the iconic raven, while supervising the sophisticated ice effects applied to both close ups and broad vistas.
Cave Hill over Belfast was filmed by drone before being thoroughly iced over, while drone footage of the Mourne Wall added a suitably medieval tone to the procession of majestic landscapes. Each shot had to have 3D geometry meticulously tracked over the rocks, mountains and rivers so digital ice effects could be applied. The final reveal of the Game of Thrones Studio Tour entrance was created entirely in 3D while the real thing was being readied for opening.

The final spot sets the tone for the rich and slick experience which awaits in Banbridge. All that remains is for us to follow that raven and check it out for ourselves!