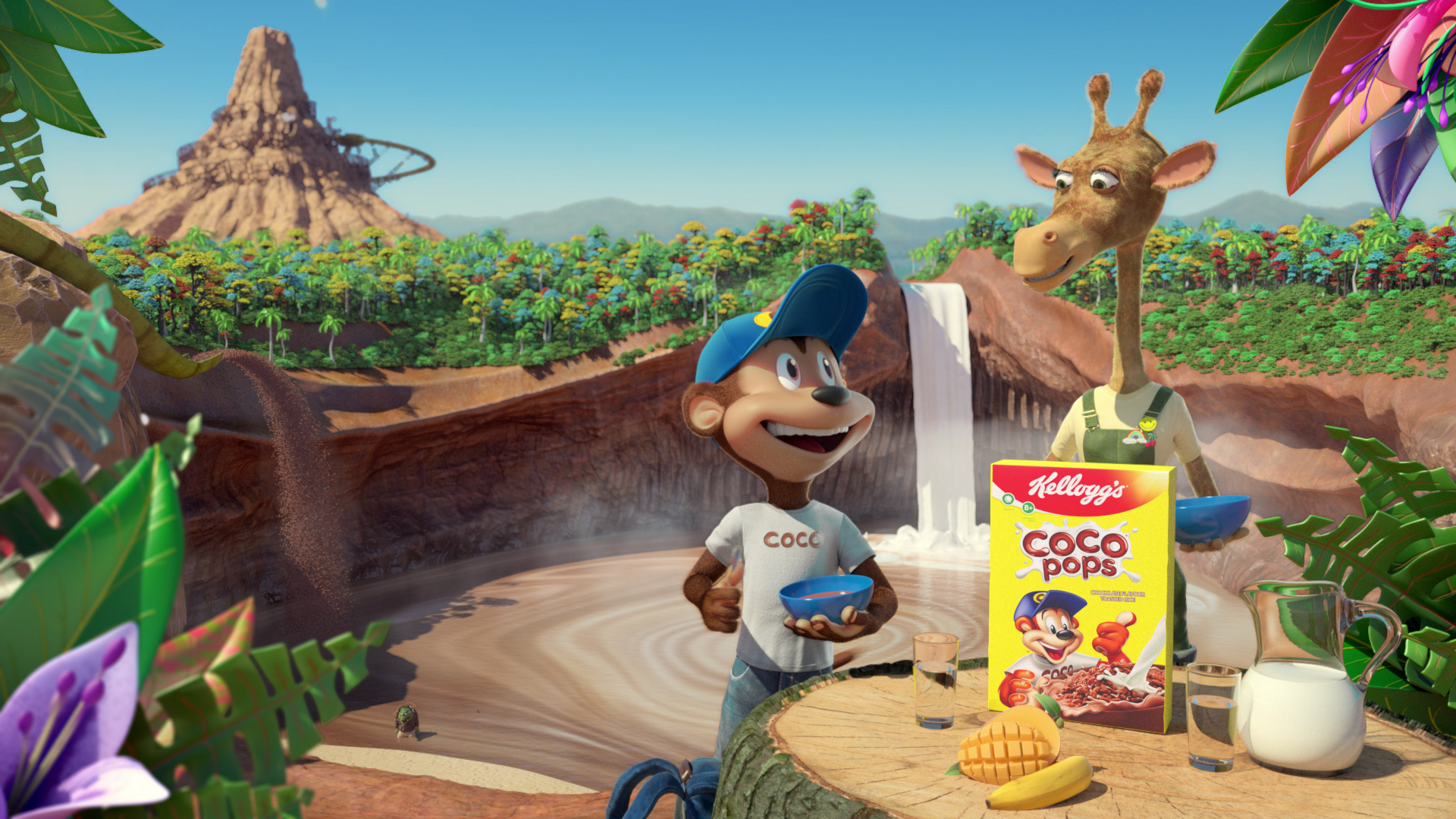 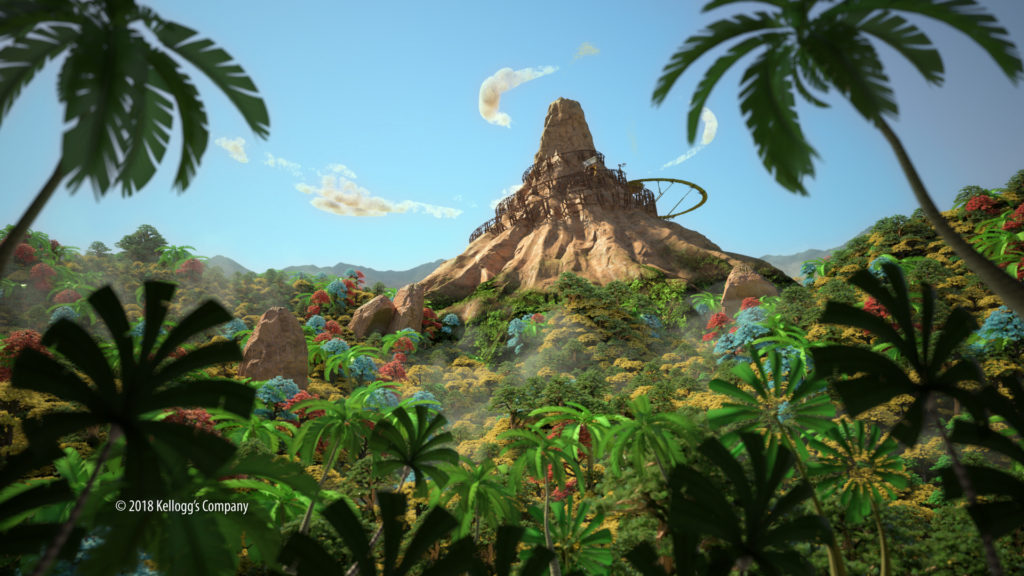 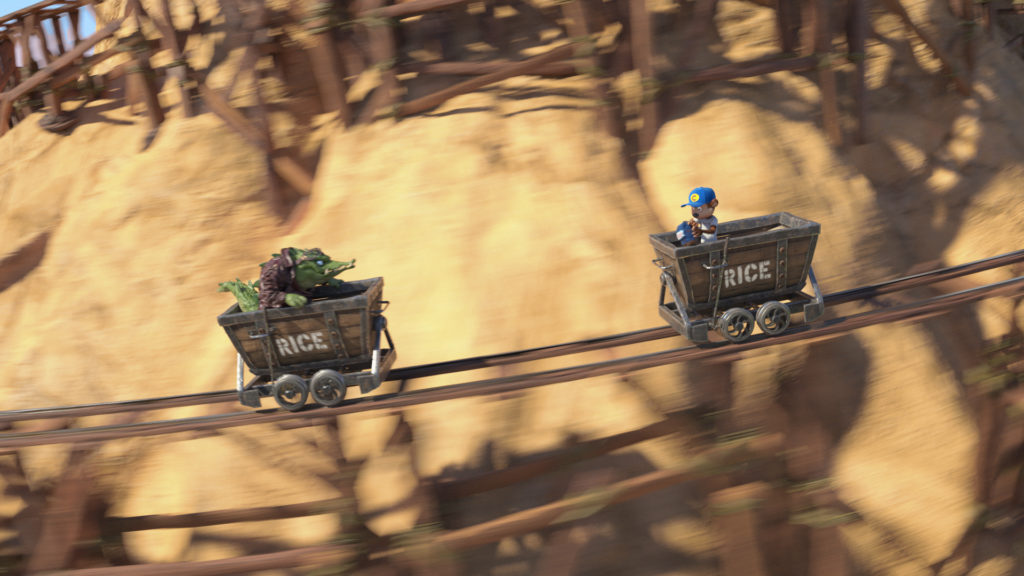 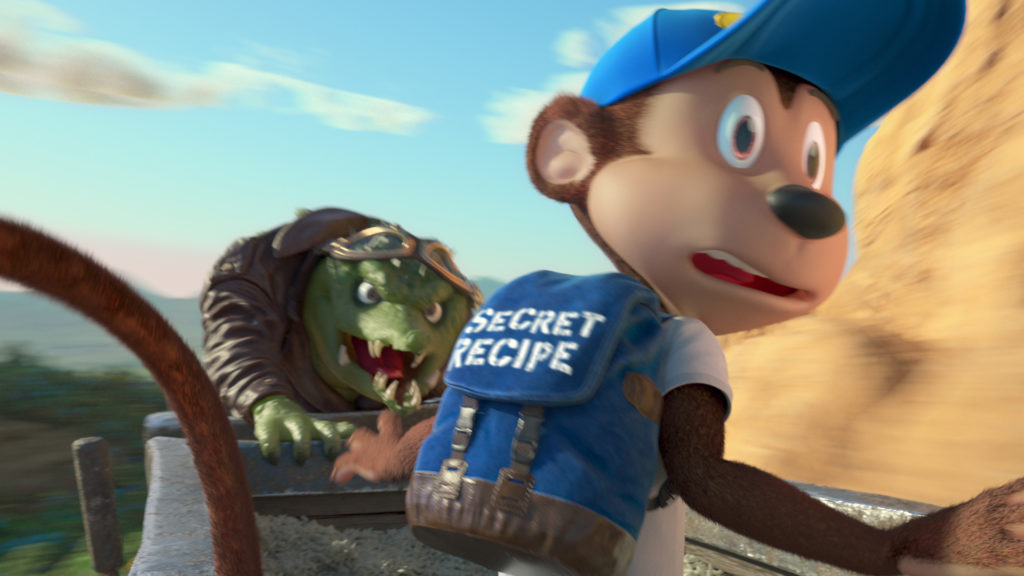 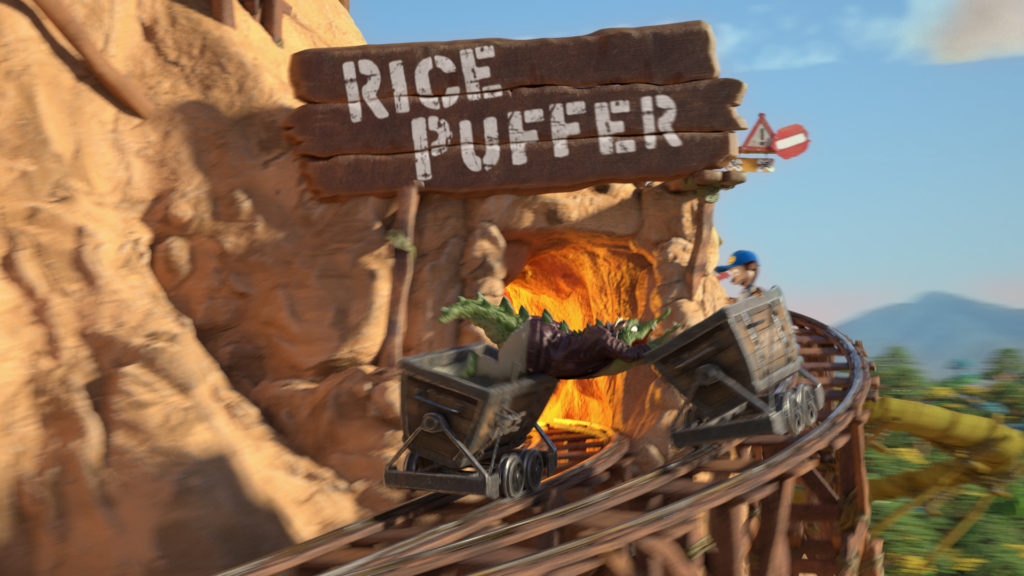 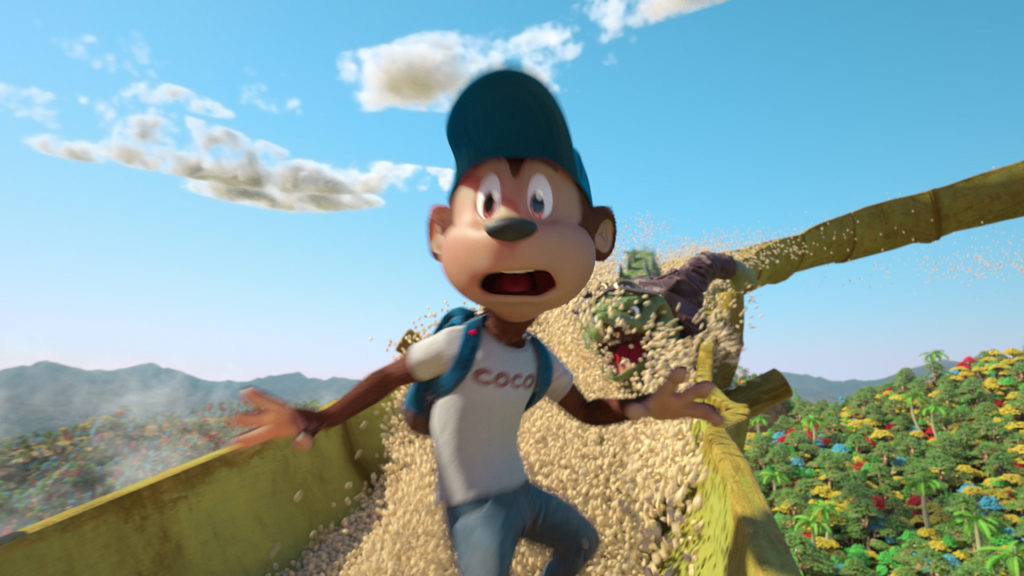 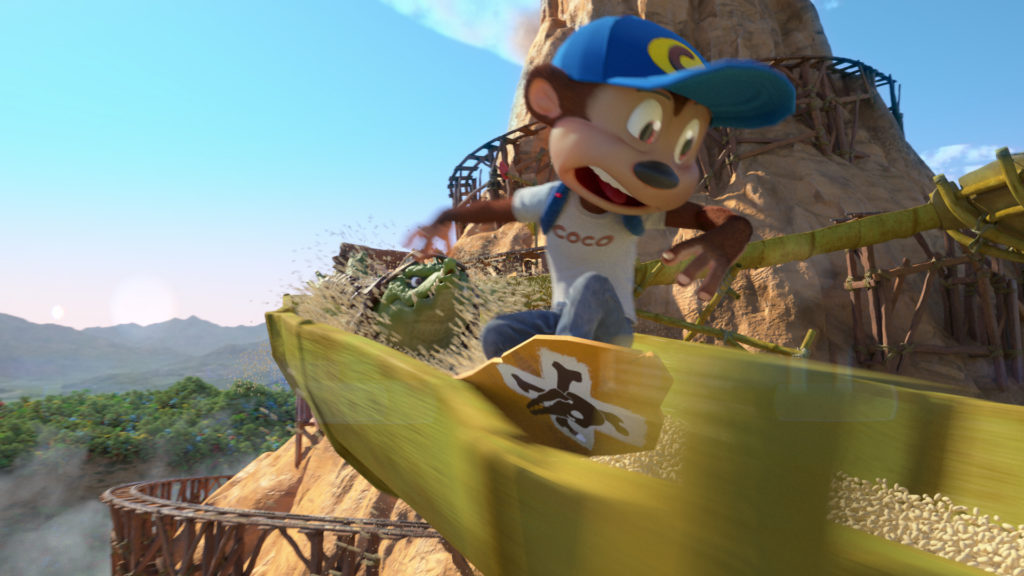 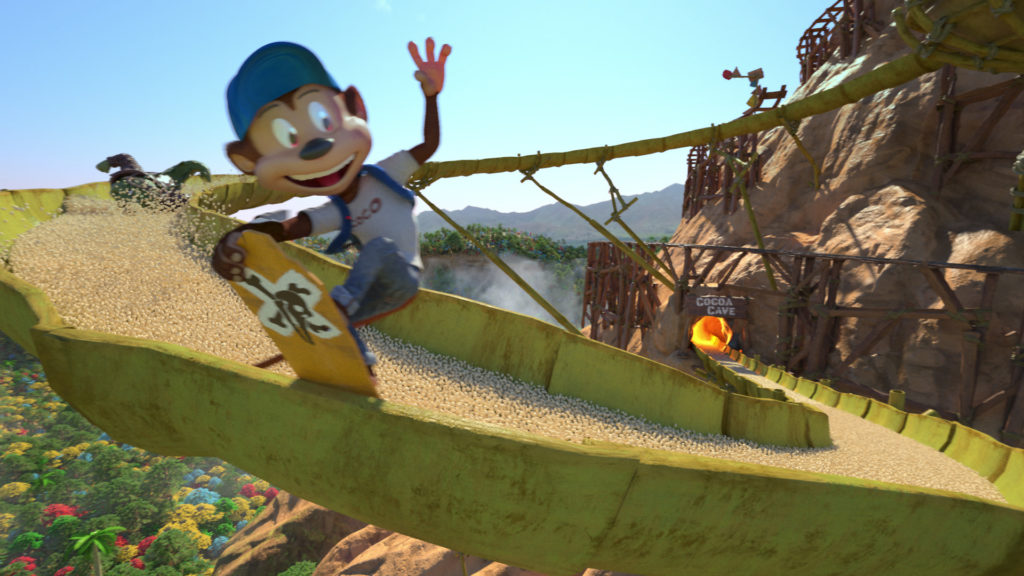 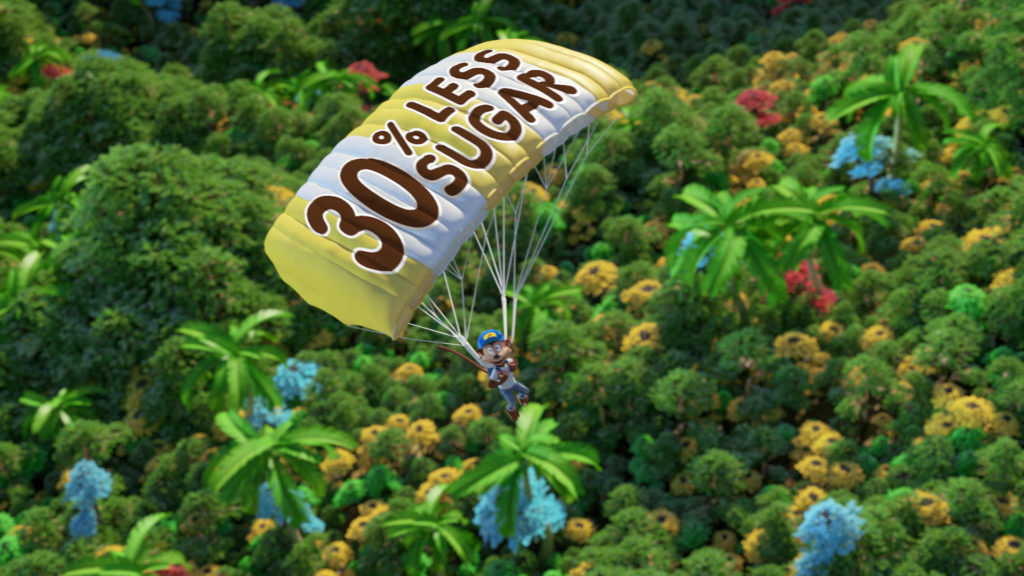 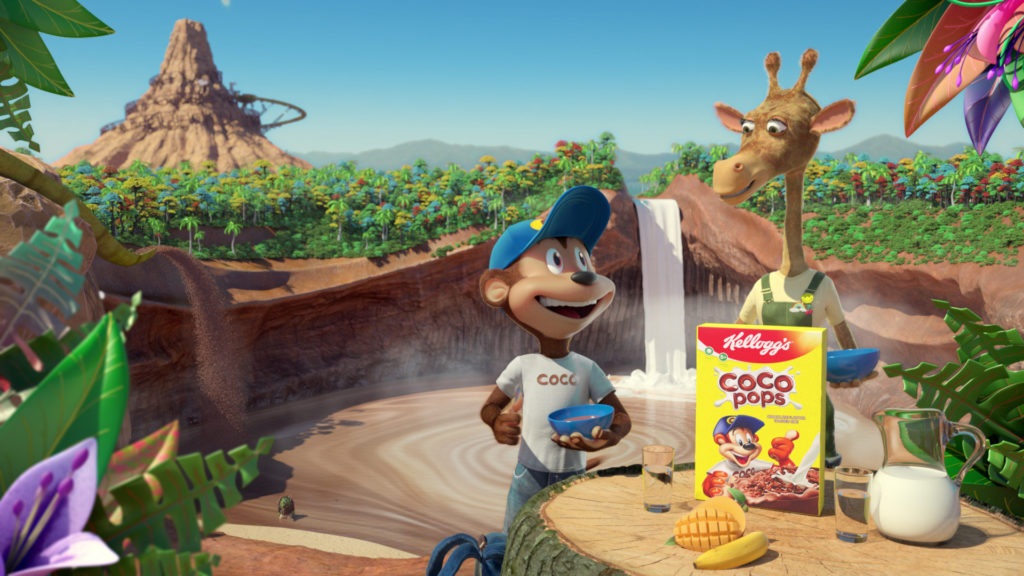 We are damn excited to have borrowed the keys to one of the best known animated brands in the world!

When Digitas London/Leo Burnett came up with a 2018 refresh for Coco & Friends we jumped at the chance to be involved with such an iconic character. The new look and world created by Piranha Bar for the pan-European market sees Coco graduating from the plucky and playful monkey of legacy spots to a full-on action hero pulling some impressive stunts in the spectacular setting of a ginormous jungle volcano.

The flagship spot features a swash buckling, nail biting chase with Coco pursued by the dastardly Croc as he surfs through a stream of Krispies and parachutes out of danger in the nick of time…

The studio team relished the challenge of adding more richness and depth to the sets and provided a supple and sophisticated rig to bring Coco himself bang up to date. Action thrills and stunt work shine in the painstaking animation performances lead by Conor Ryan.

Our extensive world building and character work will be seen in subsequent spots, including the recently released Panini World Cup promotion which sees Coco and his soccer playing friends battling it out in a spectacular jungle ruin setting.