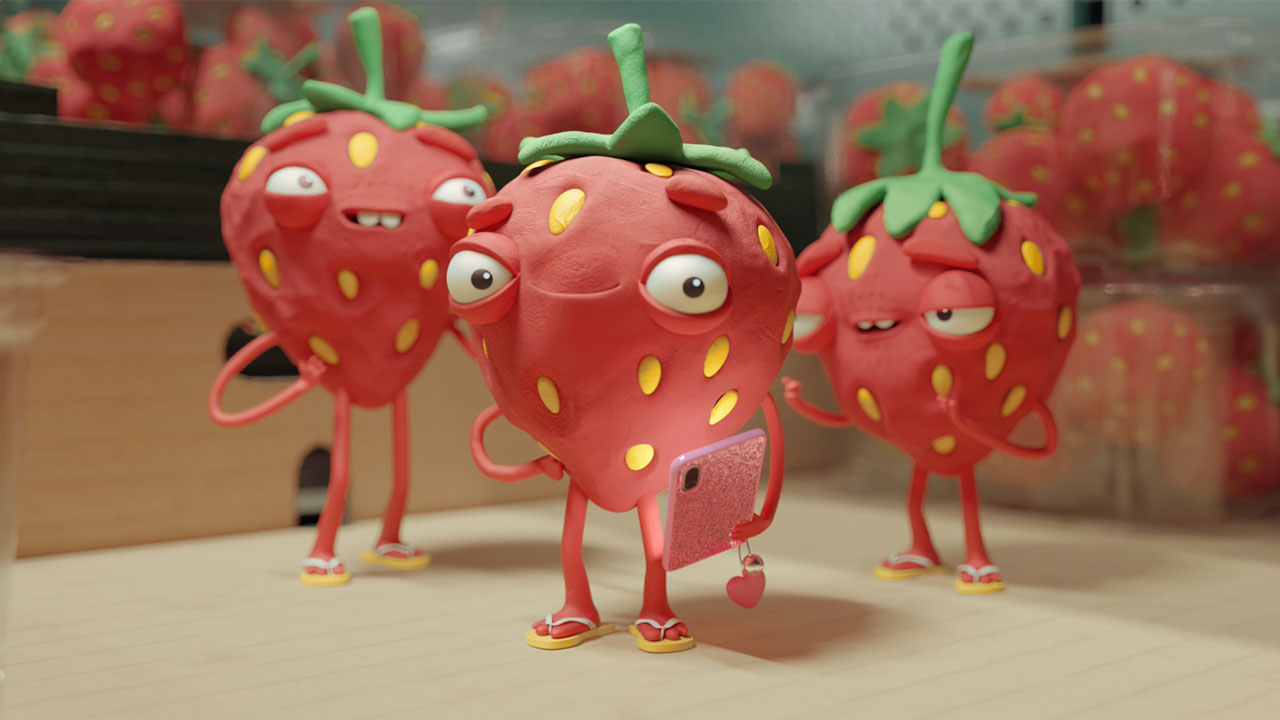 After the fun and food filled Christmas campaign from last year, Piranha bar and BBDO Dublin are back with a new jam for Lidl. This time round, it’s a claymation study of disgruntled Lidl products living in the shadow of Lidl’s award winning Irish Beef. In a uniquely Irish take on success, ‘Beefgrudgery’ shows bread, strawberries, cheese and a curmudgeonly turnip throwing shade on their fellow Lidl label mate. After all as any Irish person knows, anyone getting notions of grandeur deserves to be taken down a peg or three.

We designed some fun characters (socks and sandals! Flip flops!), meticulous sets and also filmed some magnificent shots of Lidl steak – just don’t tell the turnip. Director Gavin Kelly worked with a dream voice cast including the incredible John Kenny, Norma Sheahan, Tony Cantwell and Wexford’s own TikTok star Shauna ‘shaunadavitt123‘ Davitt. The strawberries had to be from Wexford, obviously.

Salutations to Lidl Ireland for once again drawing on Irish talent to craft a really entertaining campaign that will inevitably generate some chuckles. We had enormous fun working on this spot although laugh of the job goes to John Kenny when he inexplicably blurted out ‘and a bottle of orange!’ after one of his unintelligible rants! And we promptly stuck it in the spot.

Hopefully we captured enough of a cross section of characters that despite being clay modelled foodstuffs (via 3D animation), you might recognise one or two?