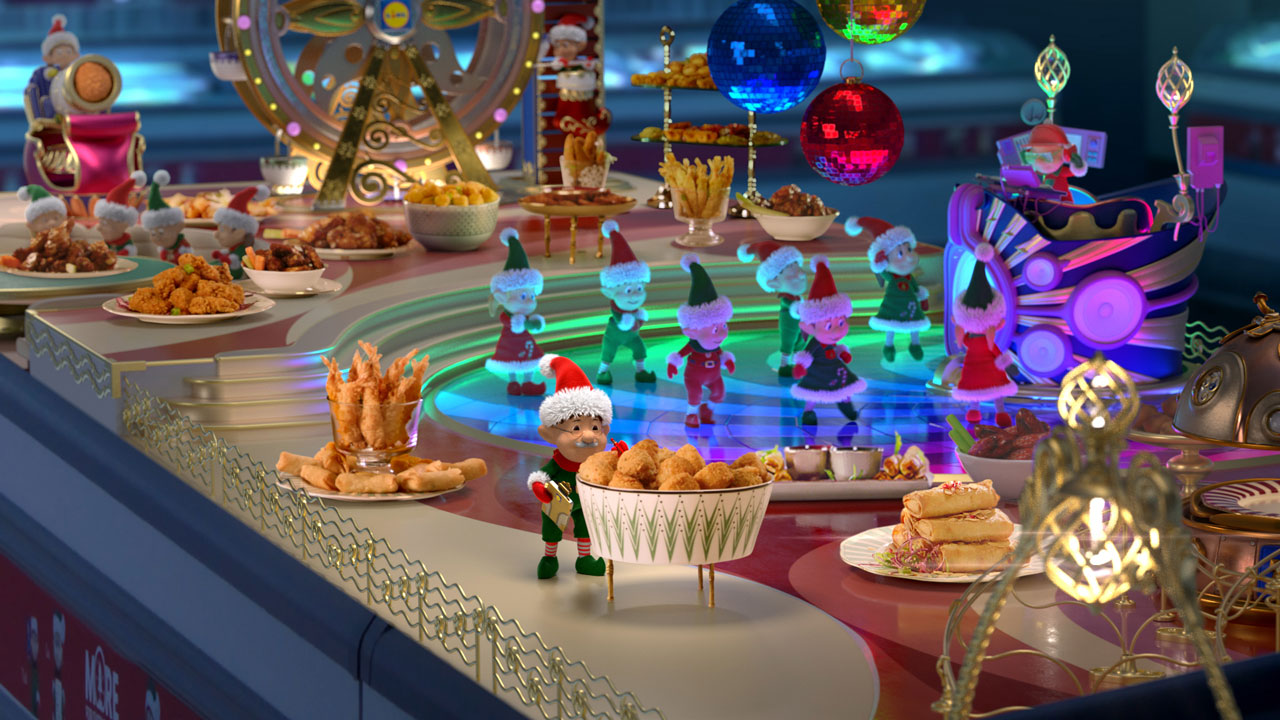 Making of ‘The Elves’ – Piranha Bar’s AniMotion in action.

Making of ‘The Banquet’

Christmas came early – literally – for the Piranha Bar team this year in the form of a new 60 second film for Lidl’s Christmas food range. We have been revelling in snowy Christmas cheer since before you put your BBQ away! The spot sees Lidl’s toy elves mount a store takeover for a night of food testing and quality control high jinks. The spot is an ambitious mix of live action food, a store location and of course multiple CG characters and elaborate sets, all set to the tune of ‘We Need A Little Christmas’, which quite clearly we all do.

The spot features animated versions of Lidl’s plush toy Elves which Piranha Bar transformed into a host of characters for the spot. From the officious Head Elf with his Steampunk clipboard to the factory Elf on the doss beside the Taste-O-Meter, the simple seasonal toys are transformed into a plucky crew with no time to lose getting all of Lidl’s fantastic Christmas food in order.
Our goal was to take the all important food shots and build a story around them, introducing the Head Elf Character and following his journey through three different key areas of the store as he ticks off his checklist. With the food taking center stage, we tried to build an uncomplicated spot that just exudes warmth and fun delivering an innocent little package to raise the spirits and provoke a smile.
This spot is the biggest the studio has completed since the team’s been working remotely, with detailed sets, fantastical contraptions (sauce copter, hydraulic hand, telescopic vehicles etc.) numerous characters and rushes from several shoots all keeping the team busy for many weeks. Of course we used loads of great tech to bring it all together, what with the entire team working from home and so much detail on screen.

Now we’re looking forward to eating some of those tasty things on screen and letting the real Christmas take over.