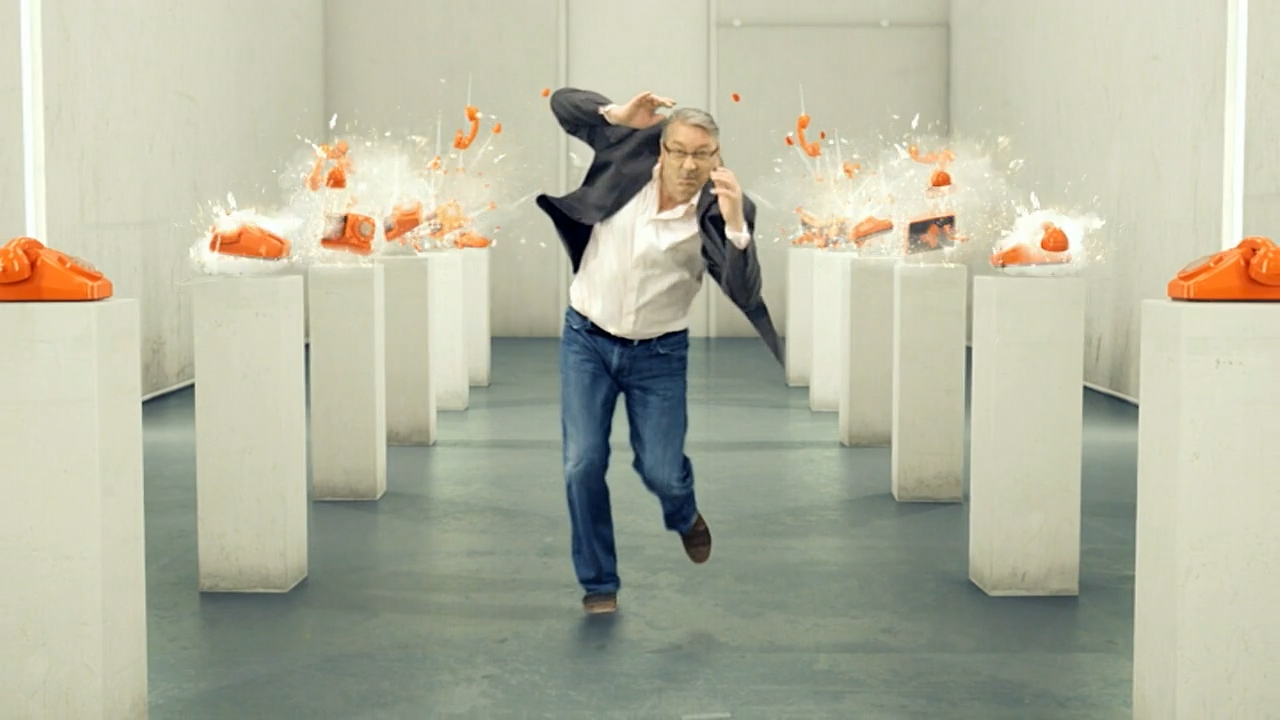 Piranha Bar teamed up with the guys in RTE 2fm to create 3 new promos for their star talent. A year and a half on from their previous green screen adventures, Ryan, Hector and Colm Hayes once again find themselves facing the perils of a flat green studio. Luckily PB were at hand to create a large white room fitted with quirky installations that reflect the essence of their shows. Exploding phones, wind tunnel turbines and helium filled speech balloons put the bemused broadcasters through their paces.

The spots are a showcase for the latest in digital set technology where high quality light rendering and material shaders deliver impressive realism. Each of the spots was filmed entirely against green screen, with computer generated escalators, doors, walls, exit signs and even exploding phones added afterwords. In case you missed that: everything is generated apart from the humans. And why build all this stuff virtually? You try sourcing a wind tunnel, eternal flame, 12 pyrotechnic phones and a ceiling with retractable spikes and glitter stuffed balloons for a one day shoot!