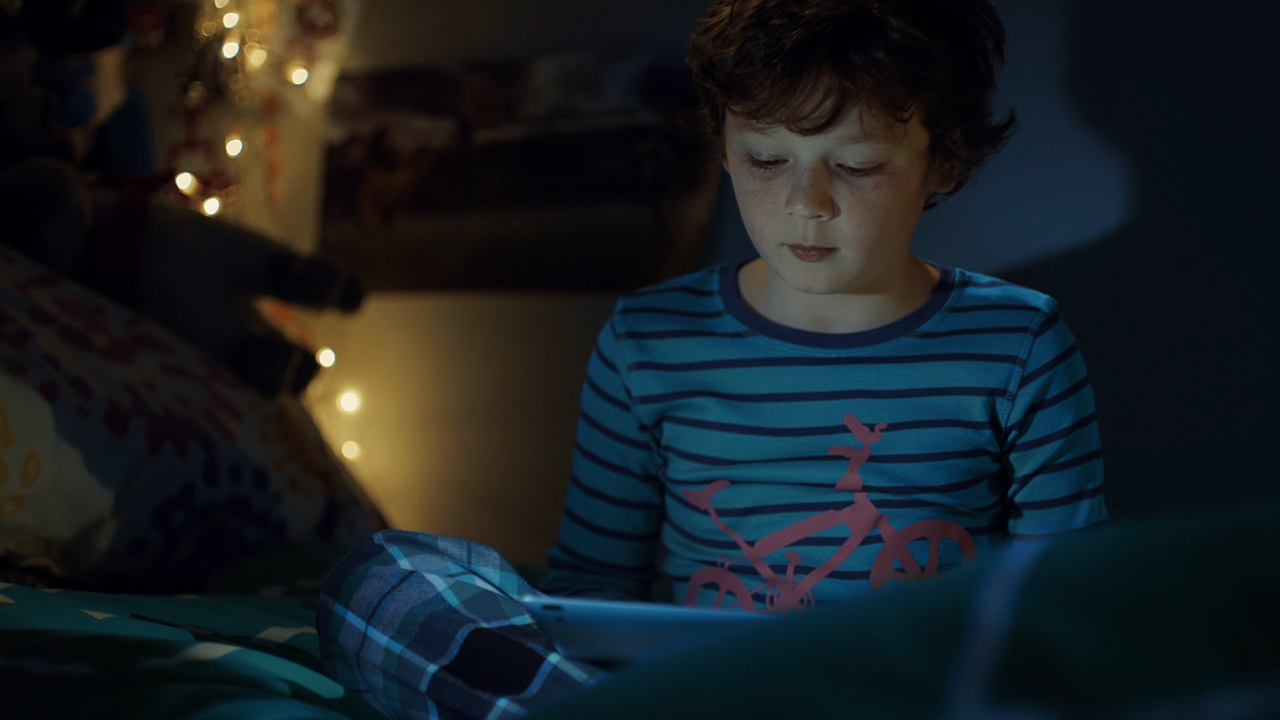 This spot foretells the scary consequences of a lack of healthy bedtime routine for kids. The shadow was created by building a 3D character who grows, ages and puts on a significant amount of weight. We used a motion captured performer to drive the animation and then cast his shadow onto a wall with 3D lighting.