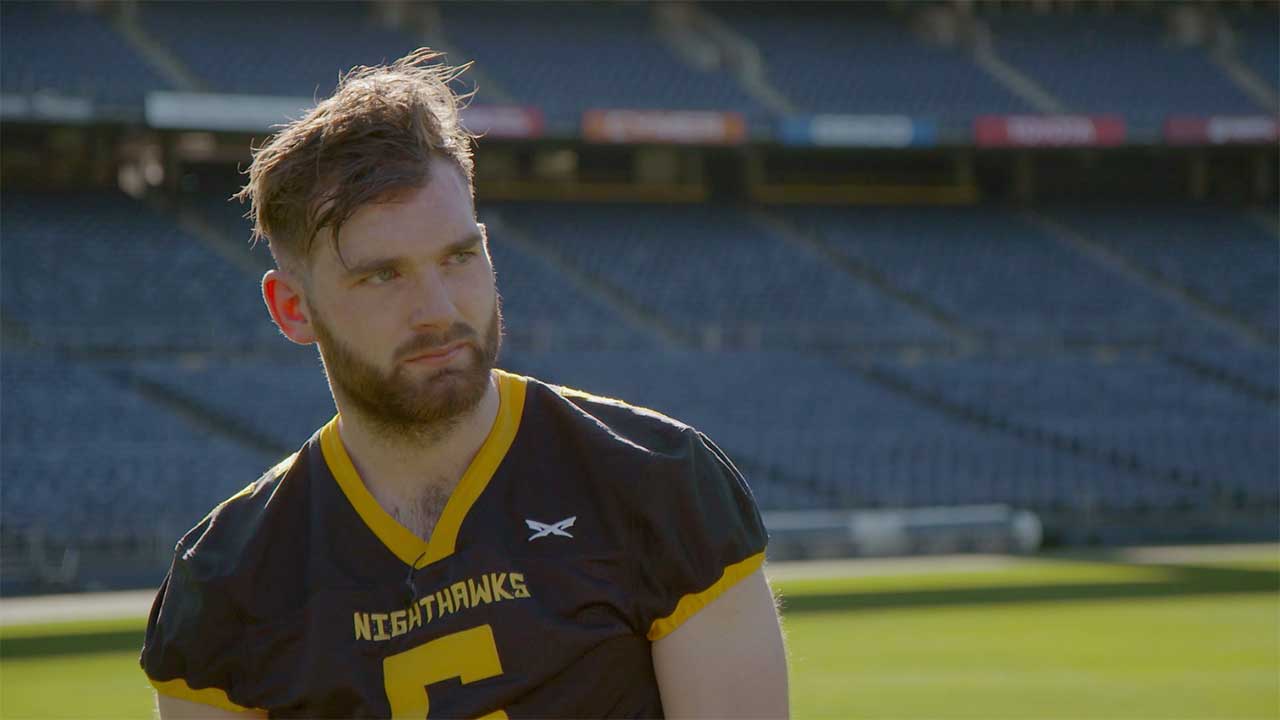 In programme two Mayo’s Aiden O’Shea faces the daunting task of proving himself in an NFL Combine, where college footballers perform a series physical tasks, the results of which can provide a platform to successful NFL career. The former Miami Dolphin Receiver Roberto Wallace travels to Mayo to get his first exposure of Gaelic Football with Aiden’s club Breaffy.