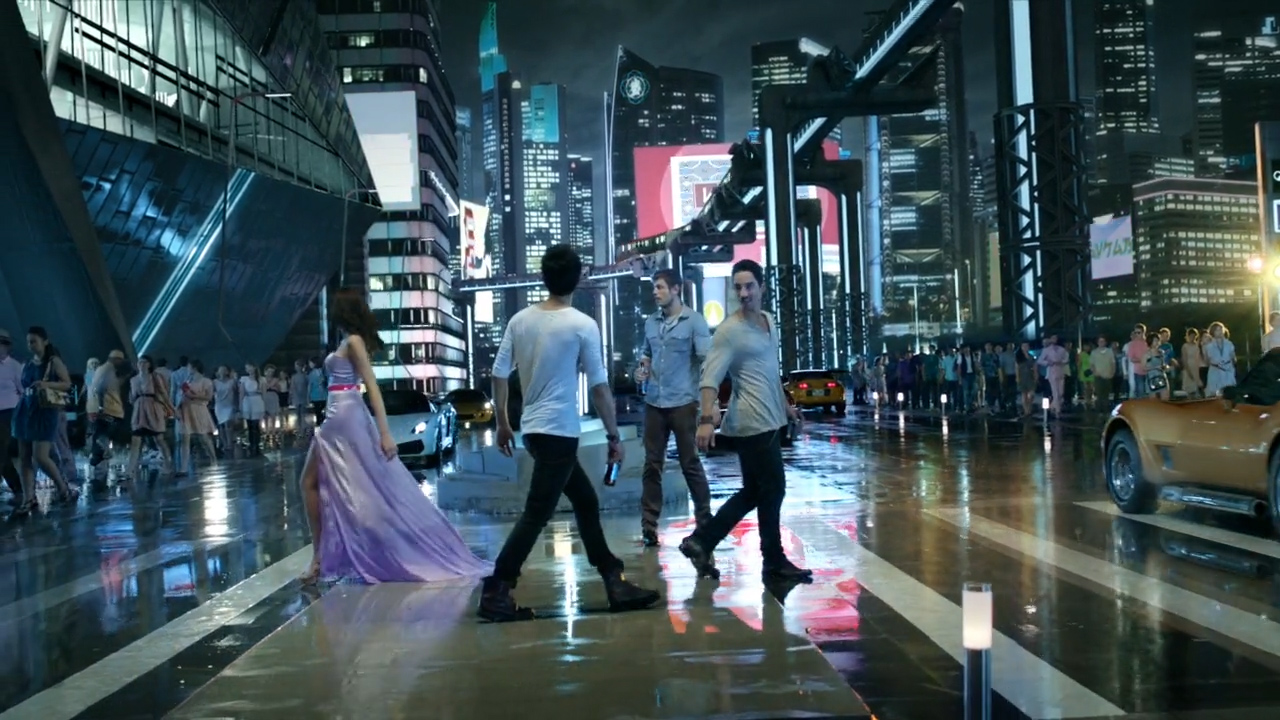 This major global ad campaign for Tiger Beer and agency Rothco allowed us to sink our pre and post-production teeth into a VFX project on a massive scale.

Extensive pre-production, a two-week shoot on location in Bangkok and an intensive period of post culminated in the spot’s CG Megacity- a vibrant and visually electric metropolis that celebrates the cool and cutting edge of contemporary Asia.

Post-production began on-set with Gavin pre-comp’ing using Flame on his laptop, which in case you don’t know is movie star stuff in our nerdy VFX world. After pre-vis’ing heavily with rudimentary models the Megacity was designed and built in-house by our talented 3D elves and then composited into Derin’s live action footage to seamlessly mesh the virtual world with the real.

This has been a massive 6 month project and ‘Rise’ is the first ad released from the much wider global campaign. We look forward to showing you the rest as they’re released…watch this space.

A 100% CG journey through an amazing wind tunnel highlights the new curves and elegant lines of a proposed Tiger bottle.
Entering the bottle itself, we fly though a digital bubble scape before emerging as we reveal that the tunnel is in fact the bar fridge in the amazing Tiger Bar at the Center of Everything.
The live action was shot as part of Independent London’s production in Bangkok with Piranha Bar’s Gavin Kelly supervising.
The product launch was discontinued and this ad unfortunately never saw the light of day.