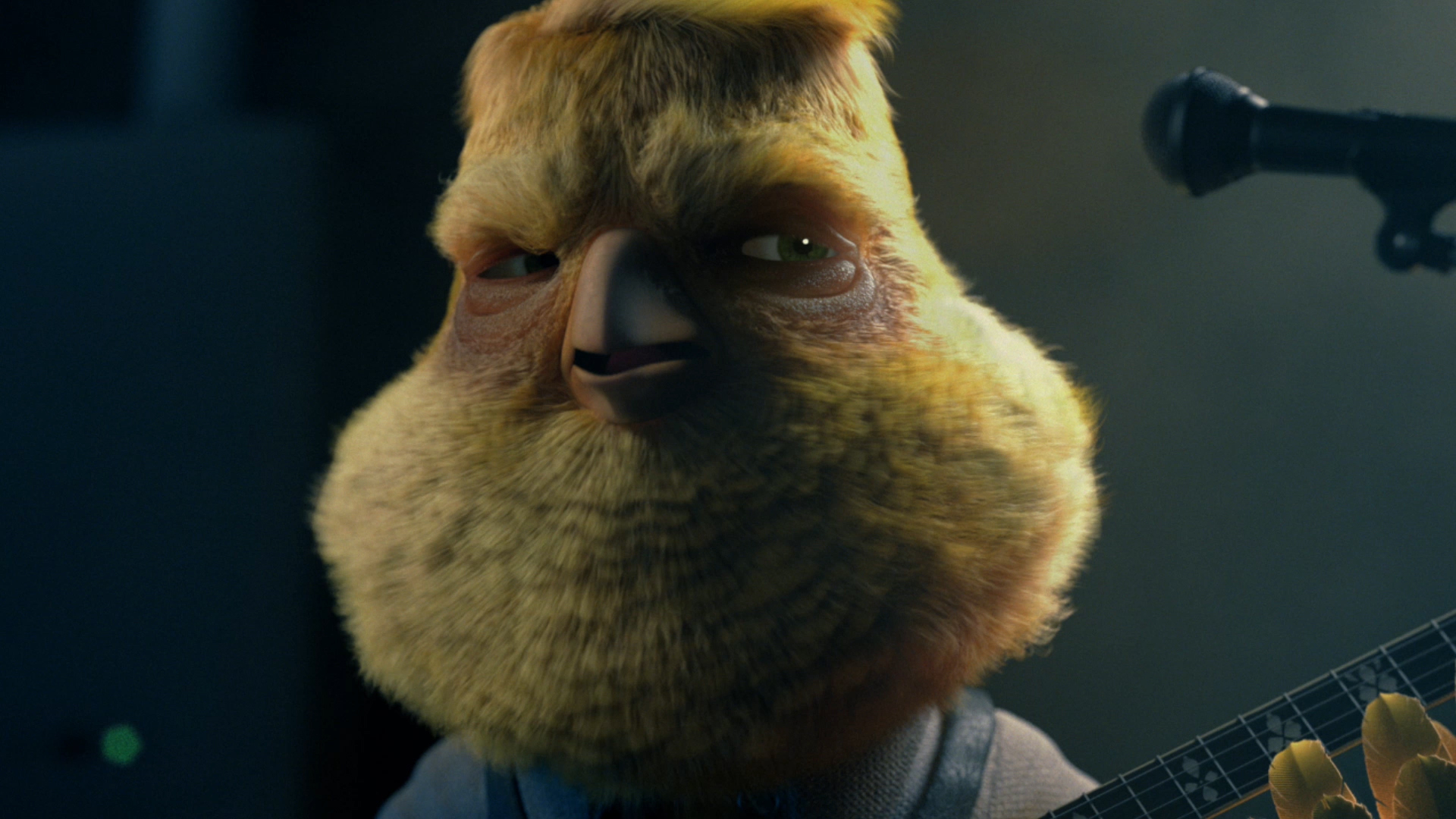 “Bringing Tommy McAnairey to life was a task Piranha Bar took on with relish. Who wouldn’t want to give birth to a hardened, grizzled mining veteran canary with a taste for dark ballads and a preoccupation with death?

Working from initial designs from ad agency Rothco, the studio initially developed drawings and painted sketches of design iterations. With a direction identified, it was full steam ahead to model the character and his multiple (somewhat sour) expressions.

Things got very technical as the studio embarked on creating the feathers for the character – a challenging mix of defined feather structures and fine downy hair. 300,000 hairs grew over feathers which are fitted carefully around his face. Advanced digital puppet rigging gave the animators fine control over the wing feathers so ‘Tommy’ could pluck convincingly on his banjo.

His look was finished with a carefully selected wardrobe featuring a prized leather waistcoat, reminding us that this is no ordinary trad-singing canary with prodigious banjo skills.

For animation, the studio shot reference of Paul Woodfull, the vocal performer, singing and bantering was invaluable for informing the subtle body motion and facial idiosyncrasies the animators built into the digital puppet.

Lighting and rendering the spot (all 1000 frames) was a massive undertaking, with each frame ringing in at over 5 hours of computer time each. That’s 5000 hours by the way. Let’s call it 200 days for convenience, even though there’s really nothing convenient about that figure.

We hope the lavish execution will bring a lot of attention to an important safety message in a refreshingly different but effective way.”