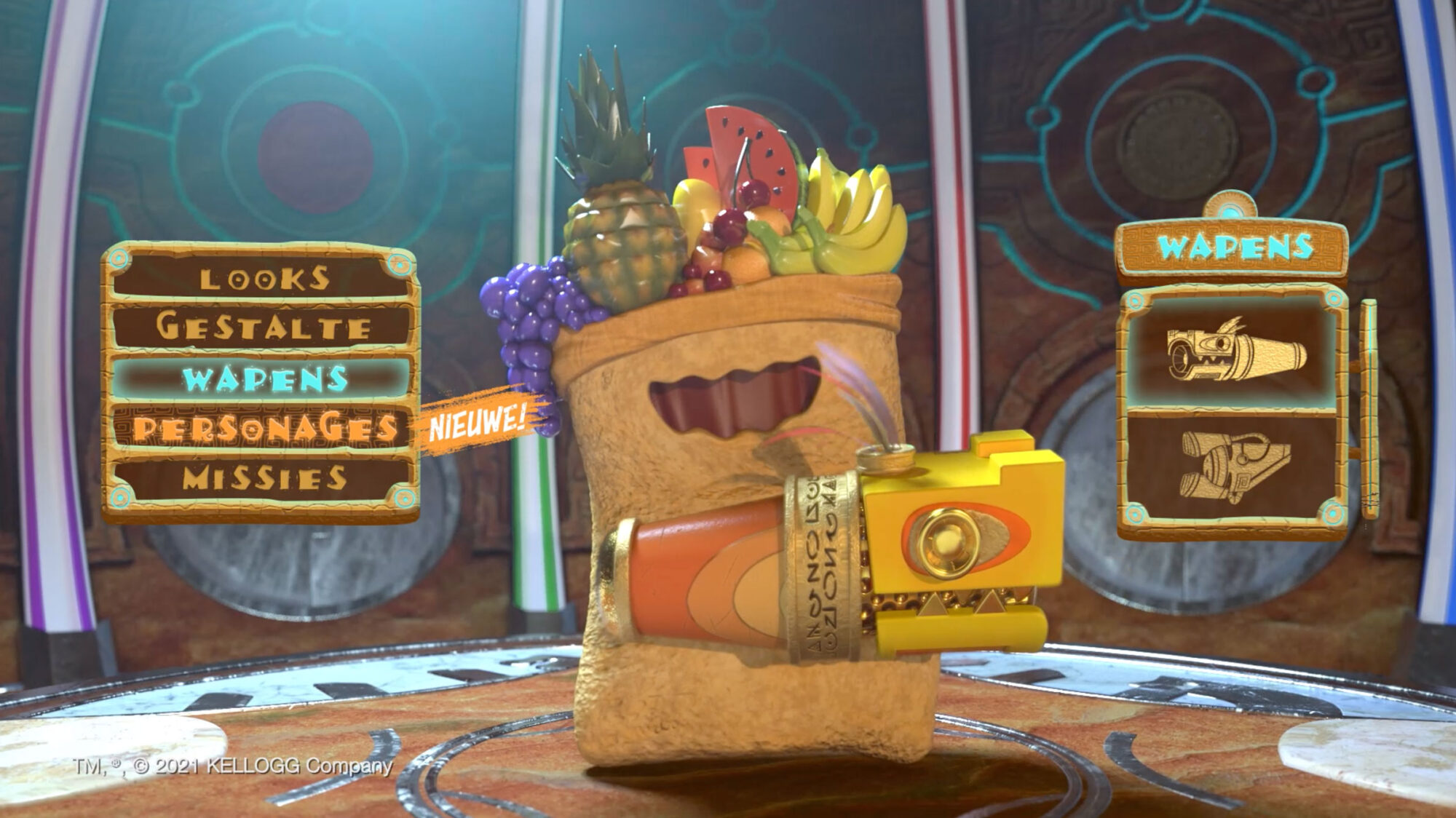 Our Tresor Chocovores are back.

In the parallel universe we created with K1 in Digitas London and Kellogg’s, the gaming world is universally populated by chocolate devouring Chocovores.

In the customisation part of our imagined games the player is creating two new products in the Tresor range; Snax, a pack hunting snack and Stix, terrible twins who work in pairs to hunt and kill their tasty prey.

We originated two bespoke gaming customisation realms with all the functionality needed to build the new products from our original Chocovore base.

Snax inhabit a fantasy sci-fi world where imprisoned chocolates are harvested to fill the bellies of Saturday Night Fever style dancing Snax characters. While the Stix snack characters are built in an ancient underground bunker where chocs perched on chocolate fountains, make easy targets for our Stix twins, using whatever weapons the player chooses from our extensive menus.

All our Kellogg’s work runs across Europe in a variety of languages. First up, Belgium Flemish.