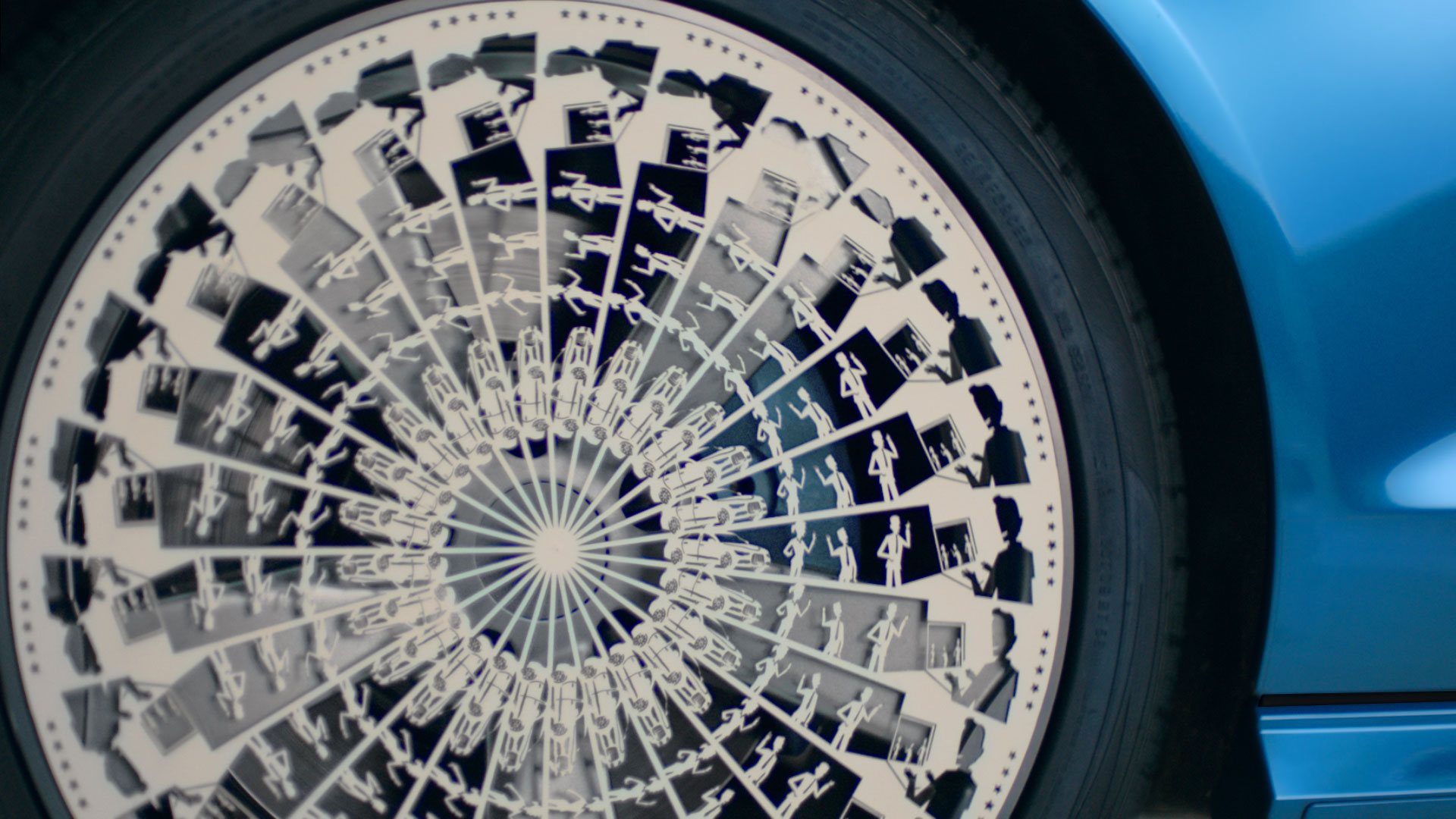 UK start-up carwow.co.uk has reinvented the wheel, turning the car buying experience on its head so car dealers compete for customers’ business. Of course that meant the company’s commercial had to reflect that innovation – it had to… wow.

Working with Guns or Knives, we reckon we’ve achieved that with a quirky, incredibly detailed animated piece based on old-school zoetrope animation.

We created a flat 2D ‘cyclotrope’, where sequential frames of an animation loop were arranged around a circle. The wheel was then spun to sync up with the camera’s shutter speed at 25 frames a second – the optimum speed for the human eye to perceive perfectly fluid animation. Try saying all that after one G&T too many!

Director Richard Chaney had this to say about the project:“Why do we never get the easy jobs? This was a great technical challenge as well as tickling our eternal obsession with all things animation. The world of old school zoetropes is just such a fun playground, so getting a script from Guns or Knives that allowed us to experiment with these techniques, but incorporate them into a slick live action commercial, tapped into everything we’re about.”